The social period: Overcoming the taboo 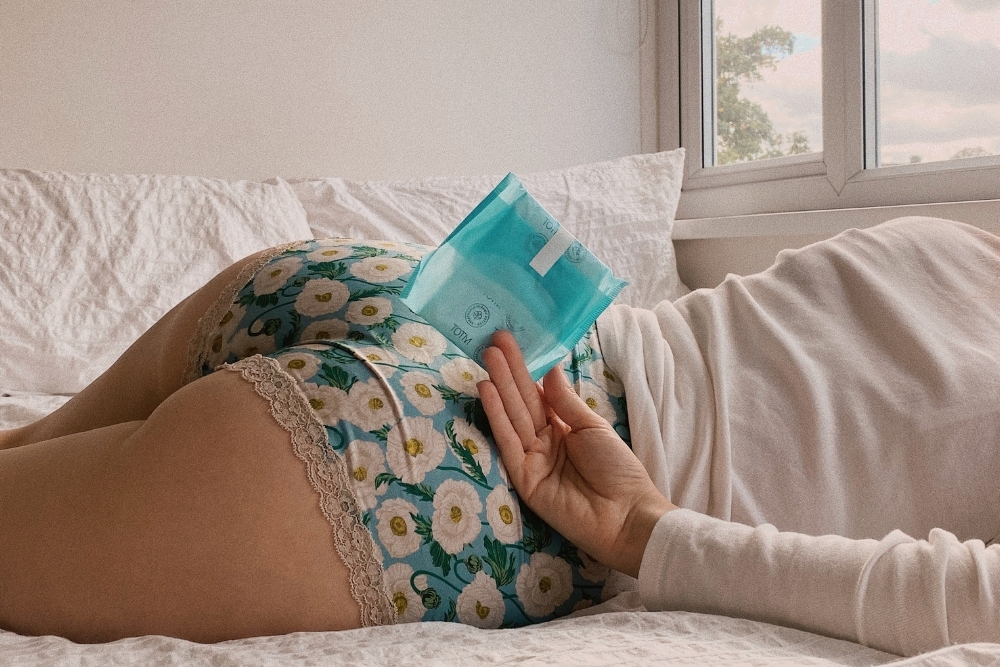 Surprisingly in 2021 periods are still a taboo topic. We have a lot of work to do to make periods mainstream. Thanks to the power of social media are the wheels already in motion?

Social media has transformed our society. It’s embedded into everyday life. In a few clicks, we can connect with a global audience online. The idea of privacy has changed. We welcome people (who we know and don’t know) into our lives, through our social profiles. We share with them what we eat, how our home looks, and what we wear. It’s possible to know all about somebody’s life without having met them!

The society of oversharing

We’re often labelled as an ‘oversharing society.’ We post, tweet and snap granular aspects of our lives and share personal information online. This might not resonate with you but you only need to hop onto Facebook to see this is the case. In fact, a 2012 study revealed that 4.6 million people share details online about their love life.

But, could our willingness to spill information online tackle the period taboo?

Periods are unfortunately a social stigma. The ‘shame’ associated with periods is a global issue. A study across 190 countries found there are thousands of euphemisms for the word ‘period.’

By not talking about periods we are feeding the stigma. An outdated stigma that was even discussed in a book published in 1999. Karen Houppert’s book The Curse: Confronting the Last Unmentionable Taboo discussed the taboo. A taboo which is still prevalent in 2021. We are failing to see menstruation for what it is; completely natural.

Social media is shaking up the period taboo. For example, throughout 2016 and 2017 there were some pioneering ‘moments’. These have had a mixed response. Positive or negative a response is still a sign that somebody has paid attention. These discussions in the public domain make ‘period talk’ more mainstream.

As a brand, we’re on a mission to tackle the taboo. We don’t shy away from speaking about periods (we sell tampons after all!). It’s important to ensure people can make more informed decisions. We support anybody who speaks out about periods because together we can break the taboo.

In March 2017, Saloni (a TV actress) made a bold attempt to shut down ‘period shamers’. Saloni posted on Instagram a photograph of menstrual blood on her bed sheets. In her caption, she talks about experiences where people have made her feel ashamed to have a period. Being an actress based in India, Saloni tackled an issue that is more prevalent in this part of the world. A recent report revealed that in India there is a ‘silence around the issue of women’s health’.

Saloni’s passionate caption ends with: “If you try to hush-hush me, I’ll only scream louder. Sincerely, Every. Damn. Girl.”

To say this image had a mixed response is an understatement. Out of the 2,237 comments at the time of writing this post, some supported Saloni whereas others berated her. Whether you support this type of post or not it has got people talking about menstruation. It brings to the light the issue of period shaming.

During Women’s History Month in 2017, Janelle Monáe took to Twitter to shut down period shamers. She simply tweeted ‘Menstrual Period Blood. #WomensHistoryMonth’. Followed by a tweet about how ridiculous it is to ‘be grossed out’ by periods.

These posts did receive widespread support. Alongside positive posts, Monáe did face criticism from some Twitter users but she didn’t kindly to these comments. Monáe took the opportunity to stand up and reply to these users. Her witty responses caused a stir with one post achieving 624 retweets and 1.6k likes.

This is an interesting example of period shaming on social media. It highlights how even the word period gets a negative response. Monáe brought this discussion into the public eye. And let’s face it, she gave us a bad-ass way to respond to period shamers!

This hashtag took off back in May 2016. Twitter user Risa Pappas posted a call to action to stop period shaming.

She begs the question in her post ‘most of the world has to deal with it, so why should it remain hidden?’. To get the hashtag off the ground, Risa shared a series of her own tweets. These include shots of her used tampon and issues we all have during our periods. She talked about leakage, cramps and dealing with pains. She also responded to others using the hashtag. As more users started to use the hashtag publications picked up on #TweetYourPeriod.

Do not confuse this with #LiveTweetYourPeriod a very separate menstrual movement. A Buzzfeed Employee called Tracy Clayton started this hashtag. It’s her self-proclaimed “most important contribution to society”. Twitter users were quick to pick up on this hashtag. It continues to be popular on Twitter to date!

Both hashtags got people talking about their periods. This was not a conversation kept in private or confined to the toilet cubicle. It was broadcast on Twitter for all to see. These campaigns are a defiant step forward. They unite people to break the period taboo.

When the Period Taboo Turned Political

During the 2016 US presidential election campaign, Donald Trump appeared to period shame a Fox News’ Megyn Kelly. This triggered a bold hashtag created by Femsplain’s Amber Gordon. The #periodsarenotaninsult hashtag became a political statement on social media. Users tweeted Donald Trump with details about their periods. Although this campaign started as a response to a political blunder, it showed defiance against period shaming. It sent a clear message – we will not tolerate period-based insults.

By taking this campaign to social media it caused a stir globally and made an example of Donald Trump.

This is the beginning

These are a handful of examples. You might be able to think of more examples of the period debate circulating on social media. This type of activity is not going away. By bringing these conversations to social media it’s amplifying the conversation. It also begs the question, if we keep talking about periods on social, could it break the taboo?

The hashtag #Periods already has approx. 334,000 posts on Instagram, and it’s on the rise. But what do you think? Let us know your thoughts. We also want to know if these social posts inspire you or leave you feeling uncomfortable. Tweet us @totmorganic or drop us a comment below.

Organic Vegan Chocolate Bar (Blood Orange)
?
Our super-smooth organic dark chocolate bar is infused with zesty blood orange for a treat when you’re on (and off) your period.
£4.50
Add Added.