Trick or Treat? Halloween is supposed to be fun but are some of the most trusted brands in femcare playing a frightening trick on you?

Tampon brands lurking in the shadows

It’s a failing of the law that tampon manufacturers don’t have to list their ingredients but sadly that is the case. Congresswoman Caroline Maloney has tried to get the law changed in the US on no fewer than 6 occasions since 1999 but each time it has been defeated. Why would anybody want to block legislation which calls for clear and transparent labelling and independent testing of the materials used in tampons? Various petitions have been made on both sides of the Atlantic but unfortunately the interests of big business come before a proper investigation of the effects that certain chemical additives might have on women’s health.

The result is that all sorts of chemicals and synthetic materials find their way into feminine hygiene products and there’s no way for you to find out what might be in yours. We asked a materials expert what ingredients go into a tampon and the response which came back was “too many to answer!”

Spooky stuff, but here’s what you might find in the witches’ brew if you could peer into the cauldron!

Viscous rayon – used since the 1930’s and produced from cellulose. The chemical process of extracting cellulose from wood pulp involves the use of chlorinated compounds and creates the hydrocarbon dioxin as a by-product. Potentially carcinogenic, dioxin is believed to cause endometriosis. It has also been shown to disrupt hormones and cause problems with the immune and reproductive systems. Dioxins are persistent and once in the body they remain there indefinitely, building up with each new exposure

Genetically modified conventional cotton – which is the most heavily sprayed crop on the planet. Independent research found glyphosate, a chemical found in the weed killer, and classified as probably cancer-causing in 85% of personal hygiene products, including tampons

Chlorine – used in the bleaching process, this can also lead to the production of dioxins

Dyes – yes, you guessed it these are likely to be synthetic and not natural but why on earth would you need dyes anyway?

Plus… many other unknown chemical finishing agents

Don’t forget, your vagina is one of the most sensitive and absorbent parts of your body, where chemicals and toxins are readily absorbed into the blood stream. It also sits right next to your reproductive organs and we don’t think it’s a terribly sensible idea to knowingly introduce such harsh chemicals and toxic substances for one week out of every four? Most are likely to because they don’t know that they are.

As if all that wasn’t bad enough it turns out that these synthetic fibres can shed inside you, causing small cuts, which can become infected and play a host to bacteria. The toxins of the bacteria staphylococcus aureus (commonly found in safe quantities in the vagina) are amplified much more quickly by rayon than they are by cotton and the risk of Toxic Shock Syndrome, which is thankfully rare, is nonetheless increased by using such products. Read more about TSS here.

If, like many women you suffer from discomfort, itching, irritation and thrush-like symptoms during your period, it could simply be down to the sanitary products you’ve been using and a reaction to the synthetic fibres, chemical additives and perfumes they contain.

It shouldn’t be considered a treat to have a healthy, hassle free period but if you’re choosing between trick or treat, it should be a no-brainer.

TOTM tampons are made from 100% certified, pure organic cotton. Time for a change?

Sustainable Fashion: How To Ditch Fast Fashion And “Green Up” Your Wardrobe? Jan 15th, 2021 - 5 min read 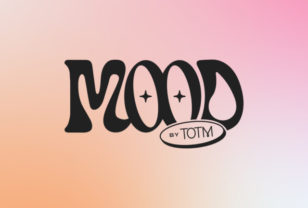