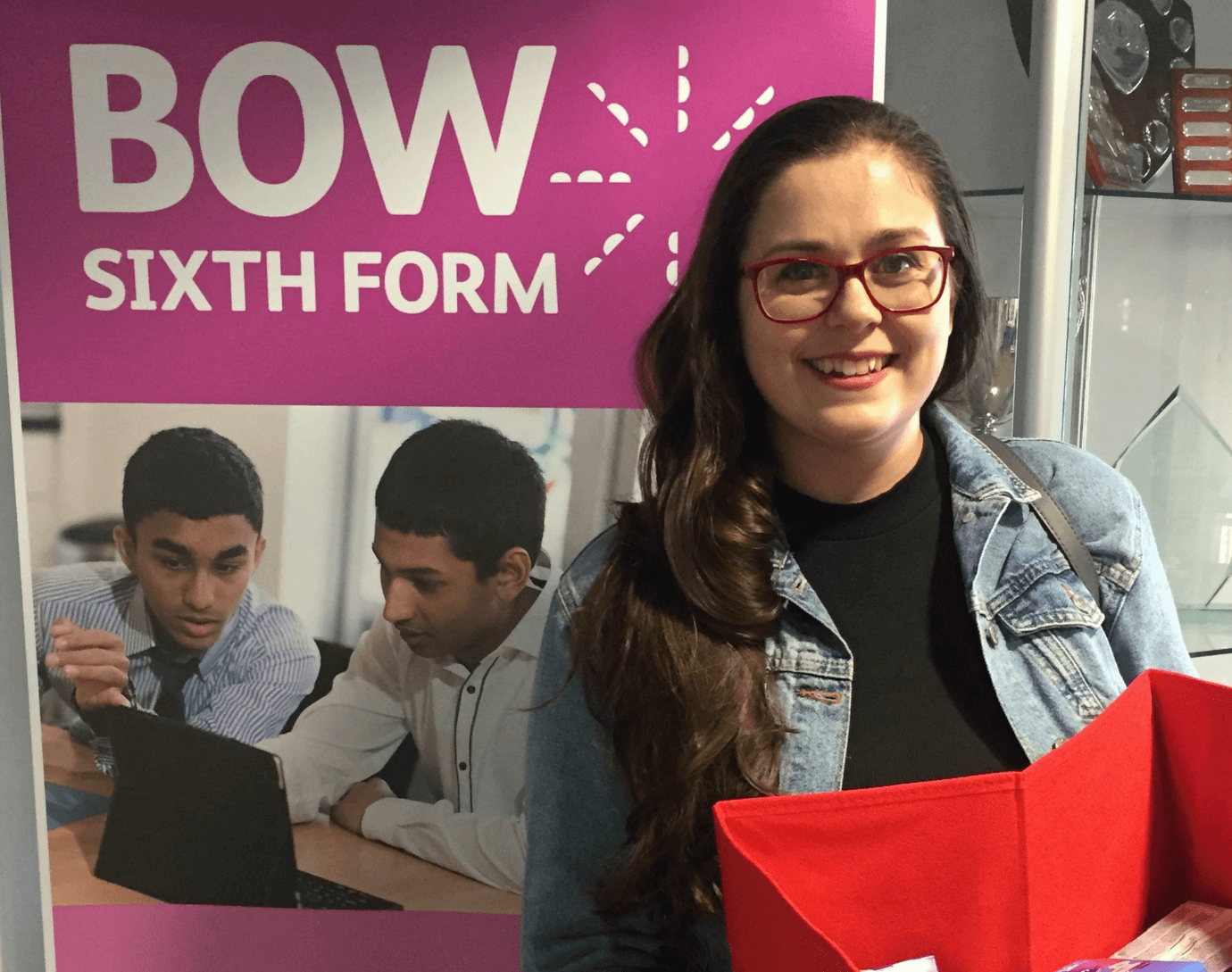 RBP is a community-based initiative helping young menstruators across the UK to access period care. Each community project is run by volunteers. Here we tell you all about the project and chat with Beth Gault, coordinator of the RBP Tower Hamlets.

Red Box Project was started up by 3 friends in 2017. It started with a mission to ensure no young person misses school as a result of not being able to access period care products.  Now Red Box Project operates in communities across the UK with each project being run by passionate volunteers.

Each project relies on donations. These are then taken to schools in the community. Each school has a box, so products are easy to access when needed. For young people who cannot access products, this box is a game-changer. It ensures everyone can menstruate with dignity.

Red Box Project has a fantastic story and mission. But what drives this every day is the support of the volunteers who run the community-based projects. Here, we caught up with Beth from Red Box Project in Tower Hamlets to chat about period poverty and her work in this community:

Tell us a little bit about yourself…

I’m Beth, a journalist and mum to eight-month-old Ruby. Her full name is Zerubbabel Hope. This always gets strange looks, but we love it. We chose it because we wanted something unique and meaningful that had a bit of character – hopefully she won’t hate us for it!

I’m currently on maternity leave. But my day job is in journalism, which basically gives me an excuse to be nosy. I was born in Oxfordshire, but I’ve lived in Tower Hamlets for eight years. I love the community here, as well as the pretty canals and parks. It also doesn’t take long to get into central London, which is great. In April this year, I set up the Tower Hamlets branch of the Red Box Project, which is a scheme tackling period poverty.

What is Red Box Project?

The Red Box Project is a community-based initiative. It aims to support young women throughout their period by providing free sanitary products in schools. Essentially, the project exists to try and ensure no girl misses out on education because she can’t afford sanitary care.

There’s a group of coordinators who all run projects in their own area. I coordinate the Tower Hamlets project which is just getting started.

Each project puts boxes in schools for girls to access and tops it up with donations from the community as and when they’re needed. The nationwide project now has over 400 boxes in schools across the country, which is a huge achievement.

What problem are girls facing when it comes to accessing period care?

17% of women and girls aged 16 to 24 in London have experienced period poverty, according to research by City Hall. 30% said they had to change to a less suitable sanitary product due to cost, and 14% of them have had to improvise due to not being able to afford a pad or a tampon.

We know that schools do all they can to provide products in case of emergencies. But sometimes girls need help beyond emergencies. At the Red Box Project, we want to make sure girls who need help are covered throughout their whole period, and we are working with schools to make that happen.

What motivated you to get involved with RBP?

I initially heard about the project through Instagram. I follow Franki who coordinates the South Hackney project (@themiddlemama) and loved the idea so much I wanted to donate to my local borough. But I discovered there wasn’t a project in Tower Hamlets yet, so I volunteered to set one up.

I’ve had moments where money was tight, but I’ve never been in the position where I’ve been unable to afford sanitary care. Growing up I was always too embarrassed to talk about my period with my friends – I hid my pads and tampons so no one would be able to see when I was on. So, imagine combining the two – not being able to afford sanitary care but also not being able to tell anyone about it. How distracting would that be when you’re trying to study? Would you choose missing school instead of risking embarrassment?

With Red Box, we put posters in toilets, so girls are aware of the boxes and we put brown bags with each box for discretion. We want girls to be able to focus on their education, not on the basic human need for sanitary care.

My hope is that the project will help girls to feel less lonely, and instead, they will know that someone in their community is rooting for them.

Tell us a little bit about your project in Tower Hamlets…

Tower Hamlets is one of the most deprived boroughs in London, with 42% of children living in poverty according to HMRC, which is more than double the national average. So, there’s a great need to support girls in the area.

I started the Tower Hamlets project back in April, and since then we’ve gained another coordinator (Chrissie), multiple volunteers, dished out two boxes and have another one on the way.

But, there are 17 secondary schools in the borough that take girls and around 70 primary schools. Our aim is to provide boxes to as many of those schools as possible.

The project is 100% community driven, which means we are only able to support girls if people donate products. So essentially, we need your help!

In order to fill a box, we need sanitary pads and tampons, underwear for emergencies, brown bags, the box itself and various feminine hygiene products like deodorant.

There are various ways of donating. We have collection points in the borough. We also have a Just Giving page for any financial donations. Around £4 would cover one girl’s period, and £50 would fully stock a box.

The response in the borough so far has been amazing, but we’d love more people to get behind the project. The more people involved, the more girls we can support.

It definitely means talking about periods more and removing the idea that they’re embarrassing or yucky. Half the population experiences them, so we should be able to have an open conversation about periods.

Education is also important. It’s empowering to know what your body is doing and then be able to access help if you need it – whether that’s monetary help or menstrual health advice.

Thanks to Beth for chatting to us about Red Box Project Tower Hamlets. Follow Beth’s project on Facebook here. You can also find out more about RBP here and discover ways to get involved.

Sustainable Fashion: How To Ditch Fast Fashion And “Green Up” Your Wardrobe? Jan 15th, 2021 - 5 min read
Back to Mood
Let's Connect