We’ve been chatting to Jo all about living with menorrhagia.

Menorrhagia is the medical term for heavy menstrual bleed. It can cause severe disruption to everyday life and can impact sufferers both physically and emotionally. Here, Jo shares her story. As somebody diagnosed with menorrhagia, Jo is now determined to tell her story to raise awareness and encourage those suffering in silence to seek advice:

Jo’s story of living with menorrhagia

“I am 38, and for around 20 years I have experienced heavy menstrual bleeding. At the age of 26, I was officially diagnosed with menorrhagia. Even as recently as 7 years ago, I simply thought it was something women endured until menopause. I say endured because I’ve never experienced light or normal flow that hasn’t been chemically produced by the pill, the mini pill, the coil, the implant, Mefenamic acid or Tranexamic acid.

My periods began when I was 14. Pretty standard, considering it felt like winning a novelty competition after years of waiting alongside equally eager peers at school. A year later, I was at a party where I met someone. At the end of the evening, I turned my back to write my home number on a piece of paper for him, not realising I had leaked through to the back of my skirt. This marked the beginning of HMB, but it didn’t occur to me to do anything except take full responsibility, put up with it and feel ashamed.”

“From the age of 18, I was prescribed Microgynon, Cilest and TXA. Microgynon produced unwanted side effects and irregular bleeding. Also, as I had suffered from migraines I was concerned about the associations with stroke. So, I was prescribed Cilest, because I was informed that it had slightly more oestrogen in, so would have less negative side effects.

During the Cilest era, I was impatient and suffered from mood swings, but attributed it to everything else but the drug. Tranexamic acid was the next stop. Primarily due to the fact that I was not in a relationship so wanted a break from the pill. TXA is a medication used to treat or prevent excessive blood loss from major trauma, postpartum bleeding, surgery, tooth removal, nose bleeds, and heavy menstruation. Suitable only for short-term use. (A maximum of 4 days per period, to be exact).

It got to the point, at least 8 years later, where the side effects of the pill/TXA outweighed any benefits.”

“I felt like I had lost touch with my body because it was shrouded in medication. Would I have had depression, painful spots, irregular bleeding, headaches or mood swings if I hadn’t taken anything? I will never know, and that’s a frightful truth to face.

In February 2007, I had a progesterone implant fitted in my upper arm, because of heavy 10-12 day periods. This was an option put forward by a male doctor. For two weeks I experienced nothing, then I bled continuously for 4 months. During and after the implant era I developed melasma on my forehead and had very brittle hair. This lasted for two years, despite having the implant removed after 4 months.”

“Huge blood clots during menstruation began in 2010, and it hasn’t stopped since. At the time I had been hormone-drug free for 3 years, so it seemed to appear from nowhere. One of the worst times was summer 2011; I am a teacher and was on a school water sports trip with year 8s in France. It would have been amazing, except I was a) menstruating and b) naturally expected to take part in the water sports. Windsurfing was fine, but when it came to kayaking, I couldn’t get away with it for a few reasons. I don’t use tampons, so when I came out of the kayak It was full of bloodied water. I managed to empty the kayak unnoticed and get to the showers, where I passed a clot the size of a fist. It disappeared down the plug hole and I staggered out of the shower where a colleague was thankfully waiting. She took me back to the tent where I took some painkillers and went to bed.

I thought i’d had a miscarriage…

I rang the doctor to say that I thought I had just had a miscarriage. I’d never passed anything so big and I was in severe pain and shock, scared, in France and had no idea what to do. The doctor told me it was unlikely that I had suffered a miscarriage, and that it was a shame I hadn’t kept the clot to bring back home for them to check. I will leave that for you to digest. Maybe I should have taken the plughole to bits and fished it out. Silly me. When I returned home I booked a blood test, but it came back clear; not even anaemia. I was so confused. I asked for a laparoscopy because I was at my wit’s end.”

17th October 2011 they performed the laparoscopy to investigate endometriosis. It didn’t show up, so they fitted me with a Mirena coil after the operation, because their conclusion was just heavy periods. I said yes to the coil because I was so doped up after the anaesthetic. The coil just made me bleed non-stop, I didn’t make a record of how long that lasted. I don’t think I managed more than a month before asking for it to be removed.

In the summer of 2012, I visited the South of France with my boyfriend. I had a period in the middle of the holiday and thought I was well prepared during the day; wearing a night-time pad with wings and bells and whistles. I was in pain, feeling generally rubbish but determined to enjoy myself. We stopped at a café where we sat outside on seats with cushions on. During the lunch, I bled through the cushion and almost fainted. We just fled the scene like criminals and ran through the streets with blood dripping down my legs. Traumatic? Yes. Embarrassing? Definitely. Neither one of us asked for help or rang an ambulance. It was the shame that led me to leave. If I was bleeding from any other part of my body, I would have done something very different, but even at the age of 32, I felt that this was my problem and very much my responsibility to make it go away.

The search for a solution

After the birth of my two children (2013 and 2015), I had an ultrasound in 2016 followed by a Gynae examination in 2017: both procedures prompted by me. My periods seemed to be worse. I was still experiencing pelvic pain, the release of the egg during ovulation, passing heavy clots and 10-12 day periods. I also developed severe upper back pain and headaches, alongside sciatic pain. My periods seemed to be getting worse, not better. The ultrasound showed ovarian cysts and a fibroid, but no one seemed concerned. Even the gynae consultant declared an ‘unremarkable vaginal examination.’

My options were the pill, the coil, ablation or hysterectomy. Having experienced the first two I quickly declined but signed up for the ablation. I don’t want a hysterectomy. The ablation was something new to me. The consultant explained that it could stop periods altogether…or not. It could improve my day-to-day life…or put me at risk of an ectopic pregnancy if I accidentally became pregnant.

We are six months on, and although he’s booked me in for the ablation (I am desperate), it’s nowhere in sight. What frustrates me is that there is no follow up, support or guidance. I just hope that research continues to happen and that a miracle occurs before the operation.

I have always been the one to push for solutions or investigate further options. Everyone I have been in touch with thus far considers it very much the female condition. They seem to think that hormonal contraception, becoming pregnant and/or have a hysterectomy or endometrial ablation are the only viable options. There are so many hours in the day, and with two small children and a part-time job, things naturally slip by the wayside. Keeping a diary, trying to be healthy and taking supplements only does so much. Since writing my blog and joining Twitter, I have encountered empathy, understanding, and truly amazing women. I’ve also discovered organisations working to reduce menstrual stigma and make all our lives a little less bloody and a little more practical. It’s an on-going battle, but I am determined.”

Thanks to Jo for sharing her very real and honest story. Has this story made you think? Drop us a comment below and chat to us on socials.

Disclaimer: This blog is based on my personal experience. My comments are based on what I’ve personally gone through and what I have been told. I’m sharing this personal story with the aim to help others in the same situation and to raise awareness. I have no medical experience or qualifications and I don’t pretend to be giving medical advice. If you are concerned about any of your period symptoms you should contact your GP for advice. 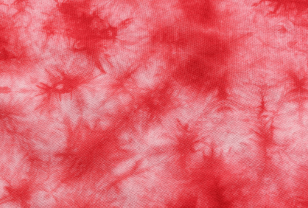